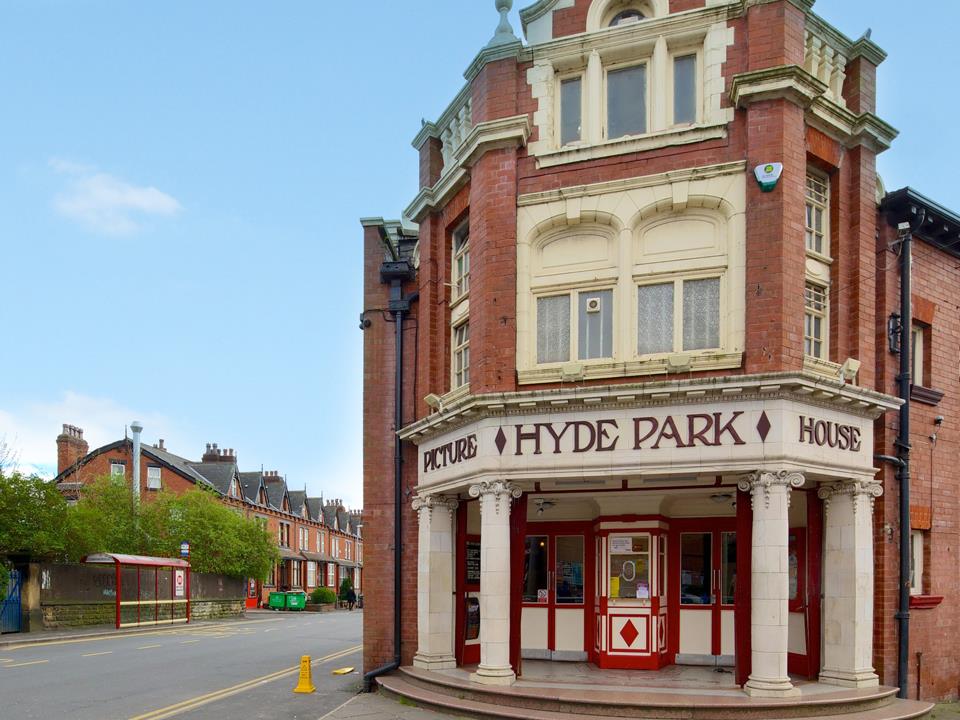 History of Hyde Park
The name Hyde Park seems to have been extended to the area from the name of the road junction “Hyde Park Corner” itself apparently named in the nineteenth century on the inspiration of Hyde Park, London.

Unlike the nearby areas of Burley, Headingley and Woodhouse, Hyde Park was not historically a village so its boundaries are inevitably vague. Local people would largely consider Victoria Road, Cardigan Road, Alexandra Road and the University edge of the park along with Woodhouse Moor, to be the boundaries of Hyde Park.

Much of the area was originally known as Wrangthorn, and this is still used in the Church of England parish name "Benefice of Woodhouse and Wrangthorn", and the Church at Hyde Park Corner is Wrangthorn Church.

Swallows and Amazons author Arthur Ransome was born in the area and you’ll find a blue plaque on No 6 Ash Grove commemorates this. The singer Ricky Wilson, of the band Kaiser Chiefs, also lived in Hyde Park whilst a student at Leeds Metropolitan University and still lives nearby.

Amenities in Hyde Park
Primarily catering for the student population there a number of cafes and shops at Hyde Park Corner, including a vintage and antiques store and a Greek cafe. The area has many local or independent shops, such as DIY stores, fruit and vegetable shops, mini supermarkets, as well as pharmacy, launderette and three vintage clothes stores.

The area is close to Burley railway station and benefits from good bus links into the city centre and North Leeds, which makes the area popular with young professionals/workers.
Woodhouse Moor is also one of the most used parks in the city.

Hyde Park is extremely proud of its very own historical Picture House Cinema which has been showing films and stage performances for more than 100 years. Hyde Park is a great hang out spot where you can find the local skate parks, play grounds, football pitches and plenty of grassy areas for picnics in the summer.
Sports lovers will find Headingley Stadium just up the road, home to Yorkshire Cricket Club, Leeds Rhinos Rugby League Club and Leeds Tykes Rugby Union Club.

Unity Day in August held on the adjacent Woodhouse Moor is a popular community festival started by the Hyde Park Residents Association. This event is vibrant, artsy and was created by Friends of Woodhouse Moor, Royal Park Community Consortium and other groups.

Entertaining and eating out in Hyde Park
Hyde Park is the home of the Hyde Park Picture House, an independent, historic, art house cinema. The Royal Park, on Queen's Road, is a large pub with a downstairs gig venue, popular with the student population, and next door stands the Brudenell Social Club, a members' club which has recently taken on a new role as a venue for local and underground music.

Hyde Park is a fantastically cosmopolitan area where a great deal of artistic and musical influences are apparent. Hyde Park is lively and a remains hive of social activity 24 hours a day.

With its close proximity to the Universities, and having a wide range of convenience stores, take away places and pubs, it's not surprising that Hyde Park is extremely popular with students. There's a cafe culture among the smaller outlets with many bistro's and bars in staggering distance together. Alternatively head a five minute walk up the road to Headingley, the hub of student entertainment (see the area guide for full details).

Housing in Hyde Park
The majority of residential properties in the area are late Victorian and Edwardian back-to-back brick terraces or face onto wide streets with communal access alleyways at the rear. A small area of 1980s council housing lies between Hyde Park Road and Woodsley Road, but there are also a number of period properties available. With a large number of the student properties to rent in Leeds, and many of the student Letting Agents in Leeds, Hyde Park is very popular and a good location for Leeds investment property.

How to get to Hyde Park
Buses: Metro bus service regularly run through Hyde Park
Train: The nearest train station is in Headingley or Leeds City Centre
Car: Leeds City Centre is only a 3 minute drive and the M62, M6 and M1 are within easy reach of the area

Summary
Hyde Park is predominantly student led but for young professionals or family commuting in to Leeds City Centre there are some great benefits of being so close to public transport links in a fun and funky district.

*Area guide images are from Wikipedia and can be used under the Creative Commons Licence.